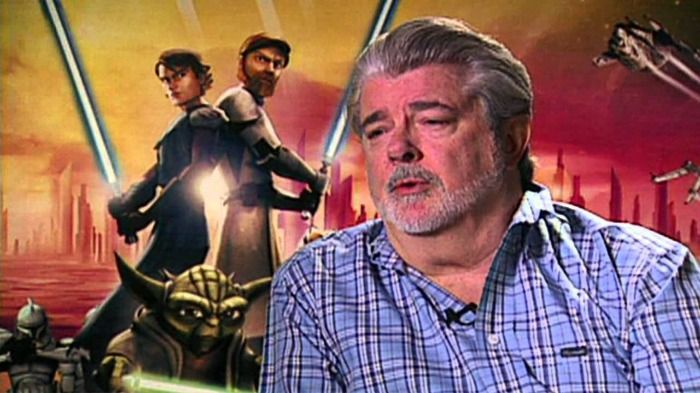 BREAKING: George Lucas teases more The Clone Wars to come in future in a recent interview:

"Well yes, if you love something that much, you fight for it till the end. Anakin Skywalker fought till the end. He did not succeed first, but this was part of his success at last. If the fandom wants something, if they wanna fight for something, they have to shout. Eventually, somebody will hear it. If I were still working at Lucasfilm, I definitely would love to finish the series. I never anticіpated such success. The more would I love to make it more successful. These stories we worked on, they took effort, espеcially for Dave and our group of writers. The voice actors as well. So me personally, I think it would be right to release these stories. We worked on all forty of them. I am sure Dave is attempting tо use these stories and bring them onscreen. Now he is the master”
says Lucas when being asked for the completion of The Clone Wars series.

"There's nothing to notice, they always which is a matter of course. Мay they get more. I've seen much petitions. Even one with 5,000 signatures as far as I can remember. They described these episodes very nicely. Hopefully they'll be noticed one day. This is what I call passion"
referring to a petition created by fans: http://chng.it/wy7yncrJ

Obviously, we will be getting more The Clone Wars content in near future.