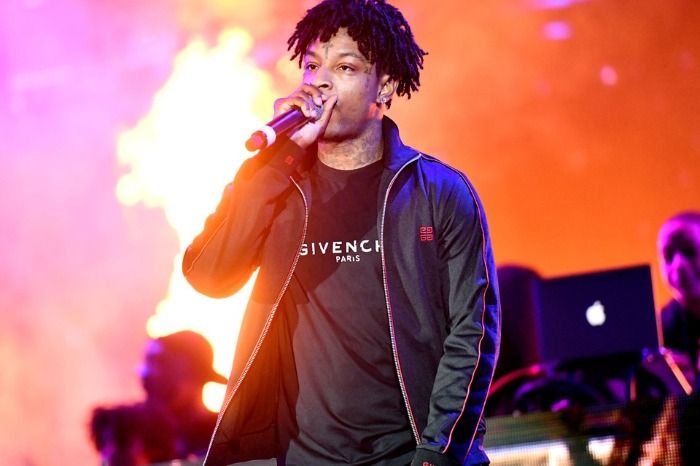 The rapper’s hearing stemming from RICO charges, centered on the claim that Savage is the leader of a gang called Slaughter Gang (the name of his label), lasted over seven hours

On May 30, 21 Savage was arrested on drug charges, and possible participation in street gang activity and conspiring to violate the Racketeer Influenced and Corrupt Organizations (RICO) Act. Today (June 4), the rapper was denied bond by Judge Rachel R. Krause following a seven-plus hour bond hearing in Atlanta, as Variety and The New York Times’ Joe Coscarelli report. Savage’s trial is currently set for Tuesday, September 6, 2022.

Judge Krause denied 21 Savage bond, claiming the rapper born Shéyaa Bin Abraham-Joseph is a potential danger to the community and witnesses. “There has been significant proffers about Mr. Abraham-Joseph being a danger to the community,” Krause said. “In particular, the state’s proffer that they have taken proffers from other gang members—people who are in this particular case and others who are not in this case—that he is the leader of the gang, he is dangerous and if he crosses them he’ll kill them or their families.”