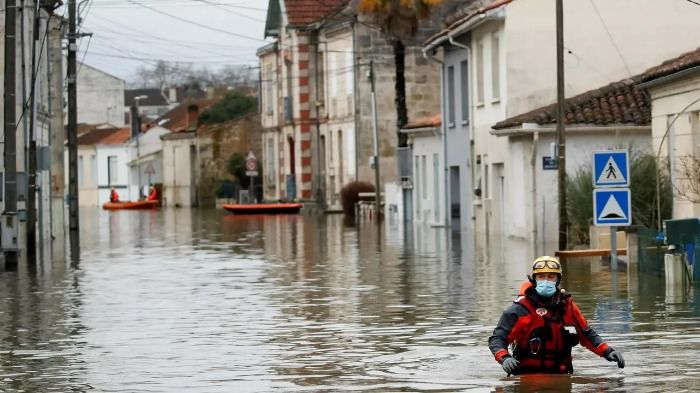 France decided that they don't want to be part of Europe anymore due to the unfair decisions from the European Union. The Prime Minister Jean Castex ordered all French construction companies to take their chainsaws, axes, and jack hammers to the border, and cut down as far as possible. They succeeded, somehow. They were halfway down the coast of Africa, but we lost sight and all connection has been cut off because there are no wires still connected. The spot that France used to be is already underwater, but it caused a massive tsunami due to all the water rushing into the area it once was. The most effected countries include Spain, Portugal, Italy, Germany, and Luxemburg which has also been completely flooded. The Mediterranean Sea was gone, but then overflowed. Stay tuned for more news about this tragedy.