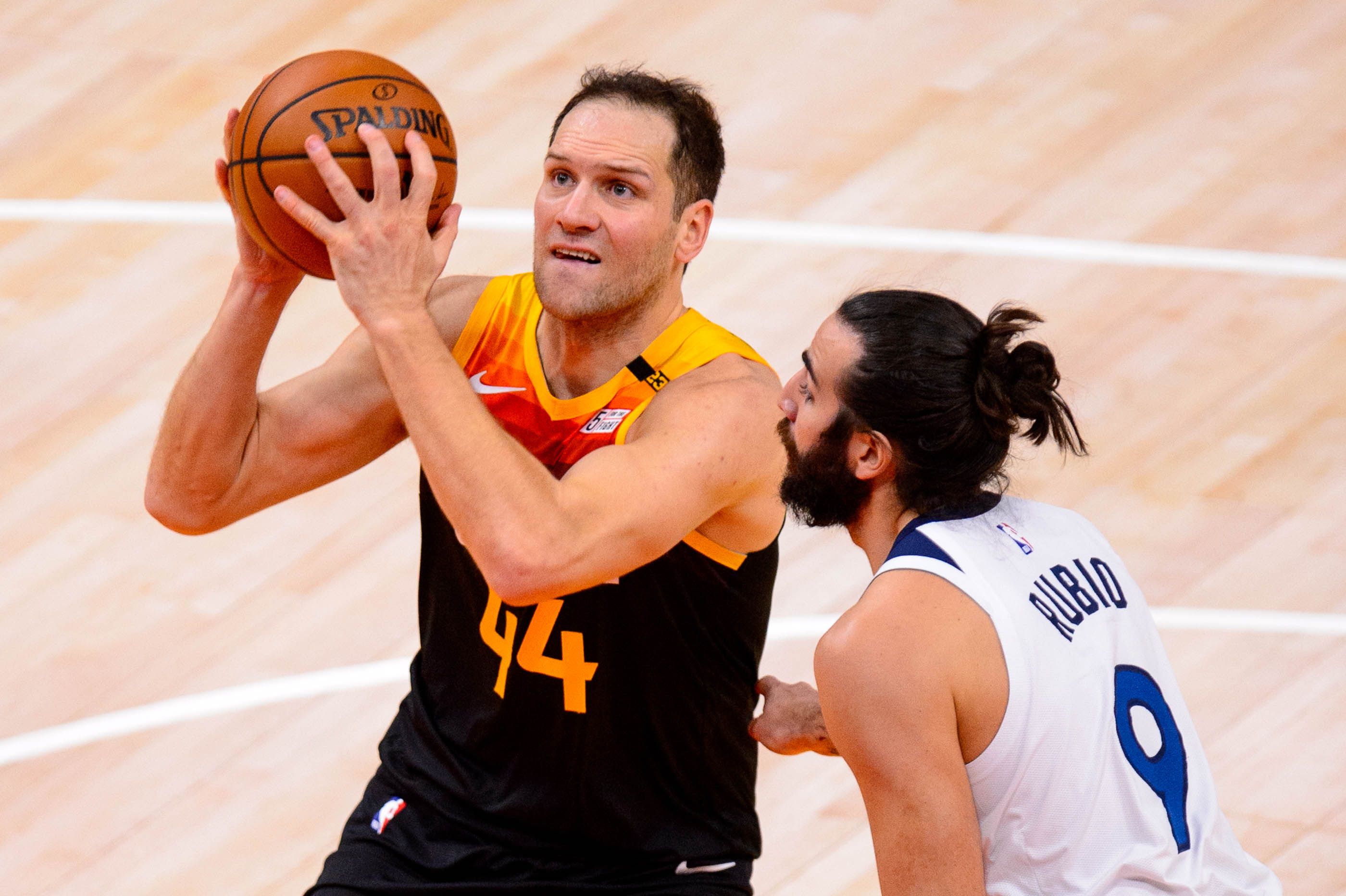 The Utah Jazz's Bojan Bogdanovic is on the trade market.

This makes for the second straight season that Bogdanovic has started the season in a slump, which has led to the Jazz front office looking for trades on the market.

The closest team to getting Bogdanovic so far has been the Denver Nuggets, who have offered Monte Morris and JaMychal Green for the sharpshooting forward.

The Jazz said no to that deal, and continue to look for trades around the league.

The Utah Jazz are coming off of a stellar previous season by their standards, where they were the best regular season team in the NBA. However, the championship just wasn't meant to be as the injury riddled Jazz squad was knocked out of the playoffs by a Kawhi-less Clippers, who made their first Western Conference Finals appearance in NBA history.

This season, Utah has started cold from beyond the arc, and trading one of their cold shooters, like Bogdanovic could help the team step it up, and get back in their championship contention form after starting the season 8-4.